Most industries report a decline in the effectiveness of advertising as a means to tell customers about their product. As we note in chapter 16, customers tend to place more faith in what real people say about goods and services they might buy. Apps, including the online review site Yelp and social media site Instagram, offer customers an easy and fast way to hear about other customers’ experiences.

Restaurants have long benefited from word-of-mouth (telling a friend about that “great meal you had at the new bistro”). Today, some restaurants are looking for ways to be more “Instagrammable.” Read more at this trend in “Instagram is pushing restaurants to be kitschy, colorful, and irresistible to photographers,” The Verge, July 20, 2017.

This article could be discussed at many different points in the semester. It offers an interesting example of customer value (chapters 1, 8 and 17); for some target customers, improving the “shareability” of an experience enhances the experience. For many young people, sharing the experience is part of the experience. It also suggests how consumer behavior (chapter 5) with social media (chapter 16) can impact new product development (chapter 9). After sharing this example in class, students could be asked: why are these businesses doing this? They are likely to immediately get that it fosters word-of-mouth, but may not readily connect with other benefits.

Many of the most creative campaigns are for consumer brands — so I really enjoy seeing a B2B brand do something creative. Caterpillar (the high quality, premium priced tractor and heavy equipment maker) has been running a campaign for about a year now: “When you choose Cat®, you get what you pay for — durable and reliable equipment, and long-lasting relationships. Discover what we’re built for…” They have released a series of five (so far) clever videos that demonstrate their products in action. The videos are great two minute stories. Any one of the videos could be used to motivate topics as diverse as B2B, product quality, premium pricing, promotion — even international. One of my favorites is this play on the old game of Jenga but using 27 blocks that weight 600 pounds each:

We have also posted this at Learn the 4 Ps.

“Value in use pricing — which means setting prices that will capture some of what customers will save by substituting the firm’s product for the one currently being used.” (Essentials of Marketing 14e, p. 486).

How do you price a pharmaceutical drug that offers patients (on average) 42 additional days of life? This is the question that faced the makers of Zaltrap — and the answer ended up being $11,063 per month of treatment. I heard this story on one of my favorite podcasts “How Much Would You Pay for A Year Of Life?” (Radiolab, December 23, 2014). When doctors at the prestigious Memorial Sloan-Kettering Cancer Center wrote an op-ed in the New York Times, the drug maker cut the price in half — still pretty pricey. Another drug example discussed on the podcast is Sovaldi — which is also discussed in this Forbes magazine article.

Value-in-use pricing is always an interesting issue when we teach Price. This adds an interesting ethical question that you might discuss when you cover pricing. What responsibility does a company have to its shareholders? the medical community? customers? 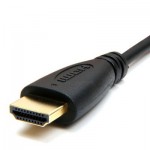 Competition often fuels attention to price. In tech markets, one company fueling rapidly lower prices is Monoprice. I first became aware of Monoprice after reading that there was little technical performance difference among HDMI cables (those cables that connect your TV to your DVD player or cable box). So one didn’t have to pay $50 for a Monster cable but could pay less than $4 for a Monoprice cable. For more details, I encourage you to listen (or download the transcript) to the Planet Money podcast “How Stuff Gets Cheaper” (November 28, 2014). It includes some interviews with Monoprice managers.

The Monoprice example could be leveraged into a class discussion of how a competitor of Monoprice’s should react. What can Monster do? What can Apple do when Monoprice’s CrystalPro, which sells for as much as half as much as the $1000 Apple Cinema display? The Apple model has more features, but both of these examples point to the power of a brand like Monster and Apple. Of course the Monster brand was not as strong and they have consequently lost a lot of share in the cable market. Is Apple’s display Monoprice’s next victim?

Designer apples are becoming more popular. The hottest apple on the market is the Honeycrisp — which was developed at the University of Minnesota, which cross-pollinated several different apple trees. After tasting different apples, they chose Honeycrisp and the rest is a story of a popular fruit. The patent on Honeycrisp has expired, and apple growers seeking to find the next big thing are now looking at SweeTango. This radio story (and written article) from NPR’s Morning Edition, “Want to Grow These Apples? You’ll Have To Join The Club” (November 10, 2014) describes how this time the University of Minnesota is protecting its intellectual property. I think someone up there in Minnesota’s research labs has learned some marketing principles.

This is an interesting article and example of new product development, the product life cycle, and value creation.