This article on the Hubspot blog, “7 Boring Big Brands that Used Humor to Amp Up Their Marketing” (December 30, 2014) provides some great examples. From Dollar Shave Club and State Farm to Clorox and Charmin, these case studies are detailed and well-written. The examples can be salted into different lectures to provide a humorous break or to discuss the role of humor in marketing.

Twitter recently went public – and the price of the stock jumped the first day it traded. That said, many still wonder how Twitter can make money — “Small Businesses Question Twitter’s Usefulness” (Wall Street Journal, November 6, 2013, non-subscribers may need to click here). Another Wall Street Journal article, “Seven Ways Marketers Would Fix Twitter” (November 6, 2013, non-subscribers may need to click here) offers some suggestions from advertisers and ad agency execs on how the platform could work better.

It might be interesting to ask your students how Twitter could deliver more value for advertisers. And to then evaluate some of those ideas on whether they improve (or detract from) the user experience. It is enlightening for students to see this interaction — as many of the best ways to generate revenue also detract from the user experience, possibly resulting in fewer users of the Twitter service (which makes it less valuable for advertisers). This is the challenge for a service like Twitter (or Facebook or Snapchat for that matter). The discussion could help students better understand the challenges facing these widely used services. 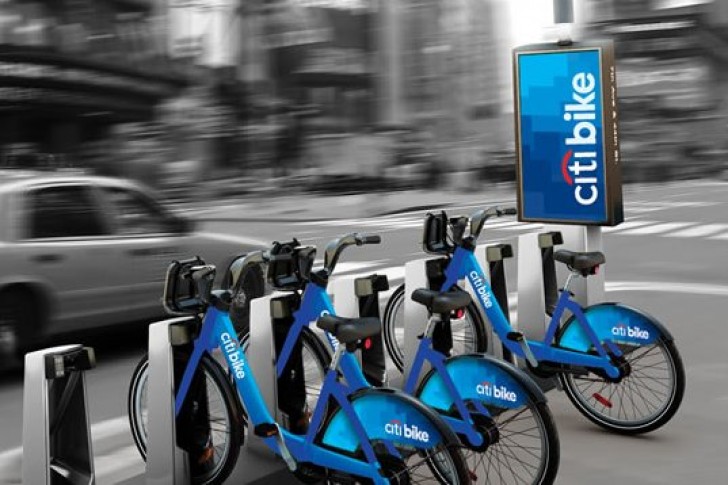 Wow, this is a brilliant! Citibank, yes the same bank the government bailed out to the tune of  $476 billion, has found a way to change its image. Citigroup now sponsors a bike share program in New York City. In the program’s first few months (May – July 2013) Citigroup internal surveys showed customers’ (presumably in New York) “favorable impressions toward the Citi” jumped 17% and those calling Citigroup: “an innovative company” rose 12%; “a socially responsible company,” also up 12% and “for people like me” climbed 14%. You can read the whole story at Bloomberg Businessweek in “Citi Bike: Citibank’s New York Marketing Coup” (October 31, 2013). The article notes that even some of Citi’s biggest detractors begrudgingly support this effort.

This is a great example of a branded service. In our books we categorize branded services as an element of publicity within the promotion blend. Branded services are growing and it takes a different type of creative thinking to come up with these ideas. I was surprised that the idea initially took a lot of selling inside of Citigroup. Maybe it is just my 20/20 hindsight, but this seems like a no-brainer to me.

You could ask your students to think of the pros and cons of this idea? As the story notes, there was some fear of images of bloodied novice cyclists just run over by a cab. Another in-class activity might ask students to think of other branded services ideas for other firms. What could a brand like Verizon do in your community? What about a brand like Coca Cola — which is faces growing criticism for its sugary soft drinks? We have also posted this at Learn the 4 Ps.

General Electric (GE) sells some of its goods directly to consumers — but most of its sales are to other businesses. While lots of B2B advertising and promotion is pretty boring, GE wanted to avoid that trap. According to CMO Beth Comstock “We are all emotional beings. We want context. We want relevance. We want connection.” This article at Advertising Age, “GE Tells the Secret of Making Geeky Cool,” (October 5, 2013), provides a great summary of some of the interesting promotion GE is doing right now:

It might be fun to show this ad when you cover organizational buying and B2B — perhaps asking students how well each campaign communicates to GE’s business customers. What are the objectives of each campaign? These also provide good examples of integrated marketing communications in a B2B context — which is nice since most of our examples of IMC are for consumer products. We have also posted this at Learn the 4 Ps.

The Smart car is popular in Europe — especially in its crowded cities. The car uses its size to its advantage — it has a real advantage in major cities where parking can be difficult to find. This parKING promotion (first video) in Berlin, Germany does just that. This is a good example of “pass along” publicity and earned media.

You can also show the following ad as another example of Smart’s positioning efforts. This provides a good example of creating a clear positioning and unique selling proposition.