Many of my students have an interest in a career in sports marketing.  The draw isn’t terribly surprising considering how much time and money devotes to athletics but most of these students have no idea what a “sports marketing” job actually entails.  This article from the American Marketing Association, “A Night in the Life of the Chicago Bulls Digital Media Team“, does a great job of talking about the responsibilities performed by members of the Chicago Bulls digital media team.

In addition, the article can be a good focal point for a discussion about owned vs. earned media.  It talks about the shift in control of content published from journalists and other media to the franchise owners themselves. 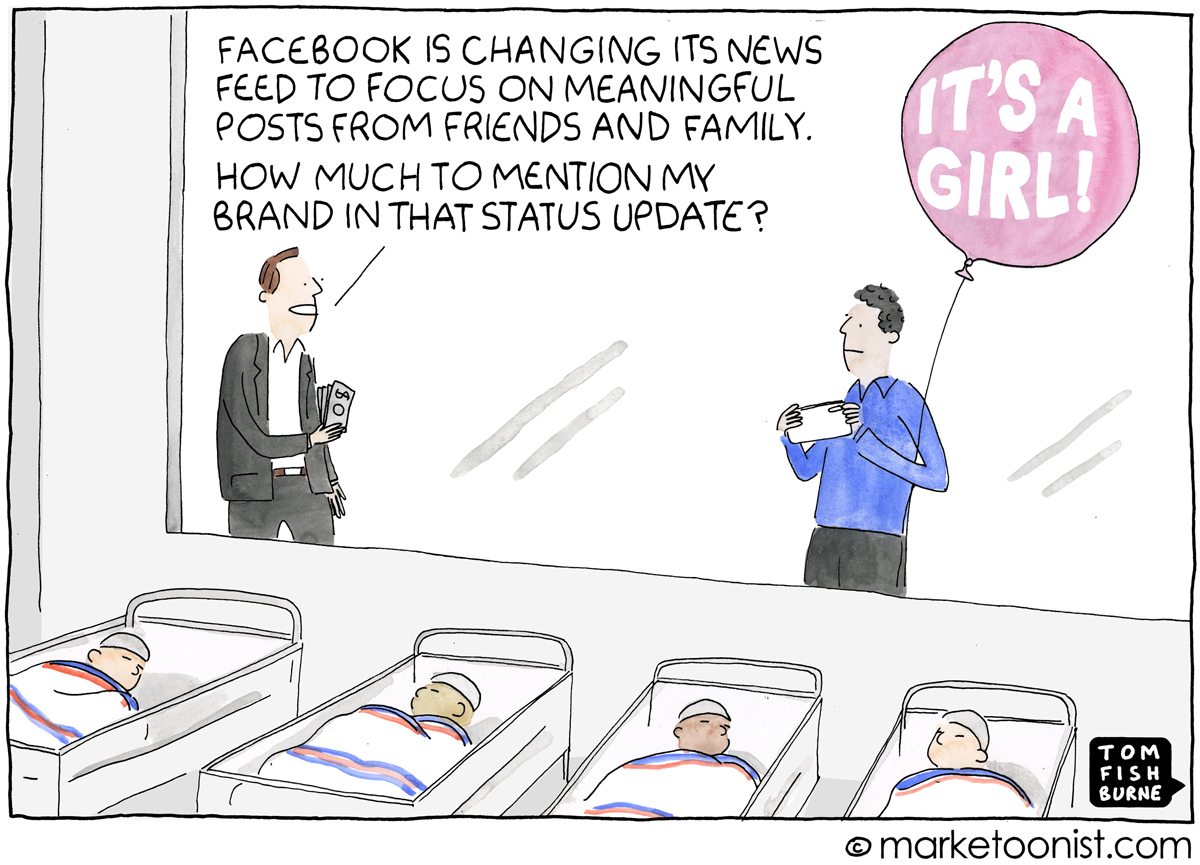 Social media marketing added a new and significant channel for businesses to reach customers.  However, when that channel is controlled by another entity it can create challenges.  In this press release, Facebook talks about changes they are making to their news feed policies.  They will start emphasizing social shares (posts from family and friends) and de-emphasize public content (think sponsored commercial posts).

How can companies adapt to this change and continue to benefit from the reach and popularity of social media?  The article, How publishers will survive Facebook’s newsfeed change, offers one perspective.  What do your students think?