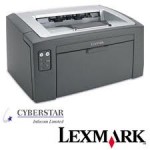 Lexmark International is one of the world’s leading makers of computer printers had a problem.  While slow to come around, the trend to the paperless office is real.  That trend significantly reduced demand for printers.  So Lexmark adapted — and offers its customers services to help them print less.  Lexmark helped Coca Cola save $11 million over five years — and sold them 3800 new mostly Lexmark printers.

This article, “After a Jam, Lexmark Turns to Services” (Bloomberg BusinessWeek, August 26, 2010) provides examples for use when talking about goods and services or the product life cycle — as printers settle well into market maturity stage.  It is also interesting to think about this change in the context of personal selling — where Lexmark no doubt had to change its personal selling strategy to a consultative selling approach.

We love the LEGO story!  We use LEGO as an opening case for chapter 5 in the forthcoming edition of Basic Marketing (out October 2010).  We read dozens of articles to learn the whole story.  The LEGO turnaround (as recently as 2002 the company was losing money) was stimulated by a number of brilliant marketing moves — including creative use of social media and design.  This article focuses on design – something we discuss in the Product chapters.  See “How LEGO Revived Its Brand,” (Bloomberg Businessweek, July 23, 2010).  [NOTE:  This post is also featured at our companion blog for marketing students – “Learn the 4 Ps“.] 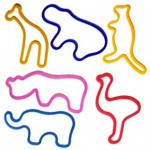 In our books, we define a fad as “an idea that is fashionable only to certain groups who are enthusiastic about it — but those groups are so fickle that fad is even more short-lived than a regular fashion.”  Only time will tell if Silly Bandz is a fad — or has the legs to become a toy with a longer life.  But this article, “The Man Behind the Bandz” (Bloomberg BusinessWeek, June 10, 2010) describes some of the history and marketing behind this fast growing “toy.”  I say some, because founder Robert Croak doesn’t want to reveal all his secrets.  But they have relied on social media and viral promotion to fuel growth. A companion article, “Wham-O CEO to Silly Bandz:  Boost Creativity” (Bloomberg BusinessWeek, June 10, 2010) has a short Q&A with the CEO of the company that sells the Frisbee, SuperBall and Slip ‘n Slide among other products.

This article might be a nice example of a fad — or could be discussed with respect to the product life cycle.  The article also discusses success with using Facebook and mostly consumer generated YouTube videos featuring Silly Bandz — so it could work as a social media example, too.

Here is another Wall Street Journal video (4:36)/article combination. The article “Microsoft’s New Phones Target Youth” (April 12, 2010 if you don’t have a subscription, click here to learn about the WSJ “back door”). This would be a nice video to show in class when talking about new product development. It might be fun to show the video in class and ask students (who are the target market) if they think it will be successful.

I found this to be an interesting example of targeting influencers — because Chevy did not target “car buys” but instead targeted “tech guys”.   Jason Falls posts this on his blog, Social Media Explorer, “Targeting Influencers: A Case Study With Chevy Volt” (March 17, 2010). Jason Falls, Robert Scoble, and Guy Kawasaki are well known in the tech field.  The video is interesting in part because it includes Volt’s product manager Cristi Landi who explains the selection of these influencers.  This is a great example of one of the many experiments in social media that marketers are engaging in today. What do you think? Will this work? Is it the wave of the future?

This could be used in a variety of places in your marketing course — in consumer behavior (influencers), product life cycle (early adopters), or in Promotion (social media). Note, for some reason I was unable to embed this video but you can find it with the blog post.